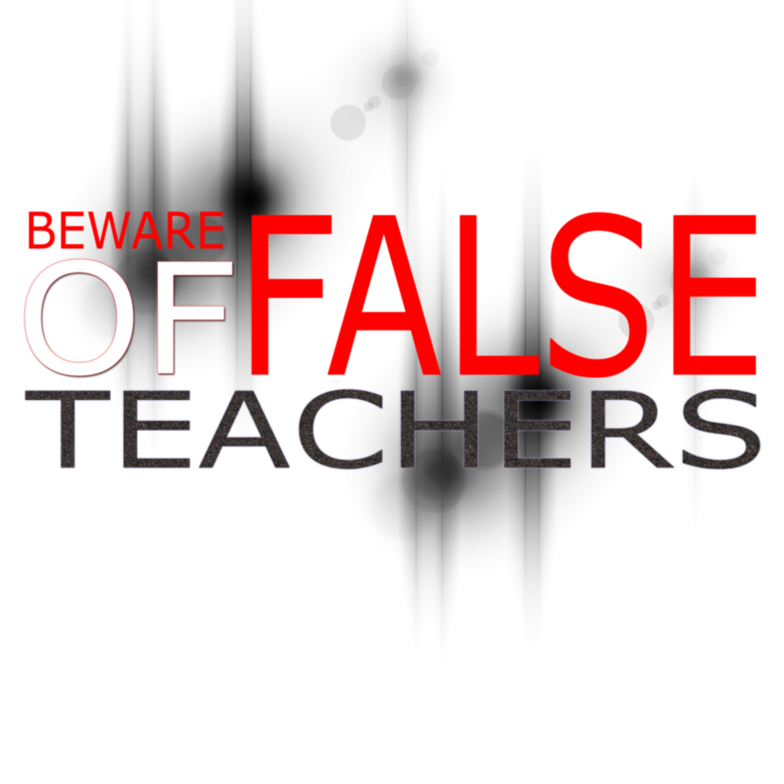 I was personally shocked and alarmed when, on the day after Palm Sunday, I heard Hank Hanegraaff pronounce on his radio program that he had been “chrismated” into the Greek Orthodox Church. Better known by his programs on an array of radio stations in North America as, The Bible Answer Man, Hanegraaff has fallen from a contender for the faith to a pretender of orthodoxy.

Mr. Hanegraaff grew up in the Christian Reformed Church of North America and succeeded Dr. Walter Martin, author of Kingdom of the Cults and founder of the Christian Research Institute, a ministry dedicated to countering the cults. Since 1989 Hanegraaff touted the line, “Equipping the saints to defend the faith with dignity and respect.” His hour-long radio programs have aired five days per week fielding listeners’ questions and advocating articles and books on a broad range of religious issues from apologetics to yoga.

Hanegraaff has exposed many unbiblical trends within Christianity. He spoke against the Charismatic counterfeit revival, the prosperity gospel and the “osteenization” of the church – a spin on the name and false ministry of Joel Osteen, Pastor of Lakewood Church, Texas, which according to Church Growth Today is America's largest and fastest growing church. Hence it was with shock that I learned that Hanegraaff had sunk to the depths of joining The Greek Orthodox Church.

Since this first revelation of his formal entrance into the Greek Orthodox church on Palm Sunday, Hanegraaf has had to use a grievous amount of spin to explain himself. This has caused a mire of confusion and, either by necessity or new-found zeal, Hanegraaff has made himself an advocate for the false doctrines and practices of The Greek Orthodox Church, which some refer to as Roman Catholicism Lite.

Upon research, you will find that Eastern Orthodoxy leaves many things to mystery. While they are insistent on historical issues, falsely claiming to be the successors of the apostolic church, they define doctrine rather loosely.

Using the five Solas of the Protestant Reformation as a guide, we immediately discover that Mr. Hanegraaff, his wife and two of their sons, who were all chrismated (prayed over for the anointing of the Spirit) into the Greek Orthodox Church on Palm Sunday, have sadly fallen into deep and dark apostasy. The Greek Orthodox Church misses the essential Christian doctrines which Hanegraaff, himself, pleaded for so laudably over the years.

Scripture Alone. The Bible is not founded on the church; the church is founded on the Bible, as the Word of God. Greek Orthodoxy plays fast and loose with the canon of Scripture and makes the church to be the interpreter of Scripture. In most instances, Greek Orthodoxy does not use the term “the Word of God” when referring to the sacred scriptures. They reserve that designation to the Lord as the living Word leaving themselves open to spurious notions not based on the written word of God

Grace Alone. God’s full and free offer of the gospel without any works performed by man is the basis of salvation by grace. Christ’s obedience alone is the ground of salvation. Grace makes salvation God’s gift to ill-deserving, hell-deserving sinners. Because the Greek Orthodox Church denies that Adam’s guilt is transferred to all men, and teaches that man is capable of reform from his propensity to sin, the concept of salvation by grace alone is lost. Through a spurious doctrine of “theosis” they teach that baptized members within The Greek Orthodox Church are continually being reformed into the image of God. To them, salvation is a continuous process, not an act of God’s free grace.

Faith Alone. Gospel liberty hinges on redemption applied by faith alone. The Protestant Reformers rediscovered this Biblical doctrine which is revealed so thoroughly in the book of Romans. When Martin Luther read that, “The just shall live by faith” (Romans 1:17), he threw off all attempts to justify himself by his own efforts. Sadly, as with Roman Catholicism, the Greek Orthodox church does not allow its people to enjoy the assurance of salvation by faith alone. To them, salvation is a continuous journey commencing at the time of baptism that lasts throughout this life and even beyond death. For that reason, within Greek Orthodoxy prayers are said for the dead on specific dates after burial, ruling out any assurance that the departed are already glorified. They, therefore, deny their people the gospel hope of salvation by faith alone.

Christ alone. This is the gospel of all Bible believers. There is no other saviour, nor mediator. Within Greek Orthodox churches, however, there is a plethora of icons and relics of saints as well as pictures of Mary in dazzling view, and all to be venerated. Mary is highly exalted as an intercessor. The church’s arguments against charges of idolatry are as deceitful as their images are artful.

The Glory of God Alone. A life that glorifies God must be based on justification by faith alone, for then God will reward our good works for Christ’s sake, and He receives them as done for His glory. Works that are offered before justification as human merit to earn salvation God rejects as filthy rags. God is glorified when we glory in His perfect righteousness provided through the life, death and resurrection of His Son. Greek Orthodoxy is a religion of works. It robs God of the glory due to His name for giving us His Son as our all-sufficient Saviour, the author and finisher of our faith.

We deeply regret the apostasy of the Hanegraaffs from the gospel of Christ. We tremble for the ministry of the Christian Research Institute and fear that Hank’s influence by radio will lead unwary listeners into the spiritual darkness of the Greek Orthodox Church. May God in mercy send deliverance to them and to all who are deceived by this counterfeit form of Christianity.