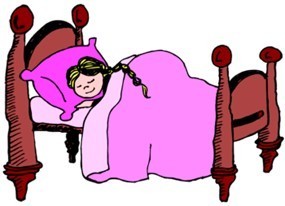 Daddy’s Girl on Father’s Day
God has given many of us good fathers. Some have been blessed with Christian fathers, which is even better. A Christian father looks no different from other men, but they live differently and love their children even more for all the right reasons. Some fathers want children to be their toys, just to play with. Whereas, Christian fathers know that their children are God’s gifts entrusted to their care to raise them for God’s honour. Life is more than food and drink and constant games. God wants all boys and girls to know Him, love Him and serve Him. That means that your dad has a big job to care for you. You are a special gift to your dad, and you have a special purpose in this world, to live for God.
Sometimes fathers are faced with trials over their children because some get sick and some even die. This happened to a Jewish father who was a ruler of a synagogue. This man, Jairus, had a little girl whom he must have loved very much. Being a ruler, he could afford to spoil her with many nice things and many comforts in life, but when the little girl became sick, he was helpless. He dreaded the thought of her growing worse and worse until she died.

Wisely, Jairus decided to bring the Lord Jesus to his house to lay his hand upon the girl and heal her from her terrible sickness. He had heard so many reports of Jesus doing such miracles of healing. All over the land of Israel, the Lord’s healing power was giving hope and help to untold numbers of sick people. Jairus believed that the Lord could also heal his daughter. So, he set off to find the Lord Jesus.

Click here to listen to the audio of this message.