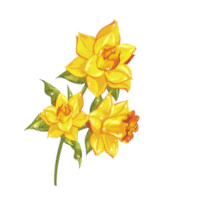 “God forbid that I should glory, save in the cross of our Lord Jesus Christ.”  Galatians 6:14

These are the words of the apostle Paul, a man of many attainments as a Jew and then as a Christian leader in the pioneering days of Christianity. He planted churches, preached with great effect and, under divine inspiration, wrote the major part of the New Testament. Yet, the only thing he would brag about was the death and suffering of the Lord on the cross of Calvary.

This is something that every born-again Christian delights to do. It is the only thing we may boast in. We may not boast in our money, talents, worldly achievements, the house we live in, nor the car we drive. Nor do we boast in our churches or religious organisations, but our constant theme is the history and doctrine of the cross.

To some, the cross of Christ is a hindrance to success, but to the redeemed it is at the heart of true success. If we were to preach prosperity and make people rich in this world, and yet miss the cross, we would only make millionaires who remain lost sinners. The goal of the gospel is not to populate hell with millionaires.

I wonder, is it possible that you are missing the cross of Christ?  Apply the following test:

Do you understand that there was no other way for God to reconcile guilty sinners to Himself apart from the death of His own Son?

The Bible is very clear on this point. God planned the cross to judge sin in the person of His own Son so sinful men might be spared from God's wrath. The Bible tells us that God, "Spared not His own Son, but delivered Him up for us all" (Romans 8:32). It teaches us that God poured out His wrath upon the Lord Jesus because sin must be judged. God, who is righteous and holy, had no other way to respond to man’s sin. He had to mete out the full penalty of the law so that justice would be satisfied.

This necessity of judgement upon sin revolves around the character of God. The Bible reveals that God is perfectly righteous and can never commit an unrighteous act. He who cannot lie, and cannot cheat, cannot cover up a crime. He is not a judge who can turn a blind eye to allow justice to fail or His law to fall. God would cease to be God if He were to cease to be righteous. He would cease to be holy if even one sin went unpunished.

So, the good news of the gospel is that in His infinite grace God found a way to show mercy to sinners and still retain His own perfect standard of righteousness. In an act of infinite condescension, God Himself, in the person of Christ, became the victim on whom God’s judgment against man’s sin would fall. The Bible states that when God the Father punished the Lord Jesus, "God was in Christ reconciling the world unto Himself" (2Corinthians 5:2).

It was for sinners that Jesus suffered God’s wrath. Because you have broken God’s law you have incurred God’s wrath and your sin must be judged. Either it will be judged in your body and soul for all eternity, or in the person of the Lord Jesus. Until you see that, and until you call out for the Lord to save you from the wrath of God due to your own sin you are missing the cross of Christ and have no part in its wondrous scheme.  But once you call on the Lord to save you from the guilt of your sin and recognise that Jesus died for you, then you too shall glory in the cross and in the cross alone.

One day when Heaven was filled with His praises

One day when sin was as black as could be

Jesus came forth to be born of a virgin

Dwelt among men, my example is He

Living, He loved me Dying, He saved me

Buried, He carried my sins far away Rising,

One day they led Him up Calvary's mountain

One day they nailed Him to die on a tree

Bearing our sins, my Redeemer is He