Women First at the Tomb 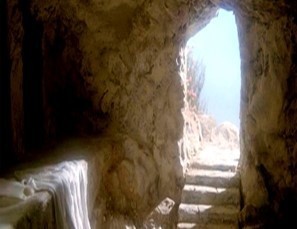 Easter Sunday is the most exciting day of the year for all Christians. It is the day we rejoice in the great news that the Lord Jesus is no longer dead. This news that Jesus is alive indeed, or in fact, turns the life-story of the Lord Jesus from defeat to delight. If our Lord Jesus continued to lie in the tomb under the power of death death would not have been defeated and the gospel of salvation, that promises a resurrection day to all believers in the Lord Jesus, would be a lie.

When the Lord Jesus taught his 12 disciples about the gospel He was careful to explain that he must go to Jerusalem and die a cruel death, but He also taught them that He would rise again from the dead. The disciples were very sorry to learn that Jesus would be killed. Their sorrow was so great that they didn’t grasp the Lord’s explanation of His rising again from the dead. That part just didn’t sink in.

We know this because when the Lord was crucified on the cross at Calvary the disciples felt they were totally defeated. They saw the Lord’s body being taken down from the cross, they saw it being wound in white linen clothes and they saw his body being laid in a tomb, a cave cut out of a rocky hillside. The disciples also saw the large stone that sealed the tomb. It had been dropped into the mouth of the cave to act as a heavy, solid door to close the tomb.

The disciples were so sad because they felt they had lost their leader, their friend and the One in whom they hoped would lead them to great victory over every enemy. At the time of Jesus burial, they were confused and totally uncertain of what would happen to them. Maybe they too would be hunted down and killed by those who hated the Lord Jesus.

It was a long difficult time for the disciples from the evening that Jesus’ body was put in the tomb until the Sunday morning when the unthinkable happened - He rose from the dead.

On the first day of the week, a woman called Mary Magdalene and another woman also called Mary, who on the day of his crucifixion, had watched Jesus body being placed in the tomb arrived with spices to anoint His body. As they walked toward the tomb, they discussed with each other their first big problem. They didn’t know how they could ever roll the stone away so they could enter the tomb. But on they went until they reached the garden and the tomb where Jesus’ body had been lain, and what do you know? The women saw that the stone had already been rolled away. On top of the stone sat an brilliant white angel, who comforted the women with these words, “Fear not ye: for I know that ye seek Jesus, which was crucified. He is not here: for he is risen, as he said. Come, see the place where the Lord laid Him” (Matthew 28:5-6).
The women had good reason to be afraid for there had just been a great earthquake that shook the hillside where they were standing. The women had seen the brilliant white angel sitting on the stone that was rolled away from the tomb. Even the elite Roman guards who were stationed there to keep the tomb safe were terrified at the sight of the white angel. If strong Roman soldiers shook with fear at the sight of that angel we are not surprised that the women were also afraid.

The thing that really helped those women to overcome their sorrow and their fear was the angel’s invitation to look into the empty tomb. He said to them, “Come, see the place where the Lord lay.” I’m sure they looked very carefully and were very amazed that Jesus’ body was gone. He was no longer dead; He was alive.
The angel said to the two Marys, that the risen Lord Jesus was going soon to Galilee to meet all the disciples. The women could see Jesus there. The angel’s announcement thrilled their hearts. “He is alive and we are going to see him”, they must have repeated to each other. So, with a mixture of terror and ofjoy they ran off with excitement to tell the disciples about the empty tomb and all about Jesus rising from the dead, and that He was coming to meet them in Galilee. They wanted to see Jesus too.

Then, as they were running, guess who met them, and said, “All Hail,” or, be of good cheer. It was the risen and living Lord Jesus, Himself. He had a real voice for hey heard the sound of His words. He had a real body for they fell to the ground and held Jesus’ by his feet. These women had no doubts. They had seen the empty tomb, they had heard Jesus speaking to them in his real voice and now they were holding his feet with their own hands. They were real feet for they were tangible, they could be touched, felt and held unto. These women were totally convinced by these things and were willing to tell others. Their faith in their risen Lord was based on facts. This is key to real Christianity that is based on hard facts that will never change.
Isn’t it wonderful that our gospel is based on facts, not fiction. A lot of people question the reality of Jesus’ resurrection. They are unbelievers who mock the truth of Jesus rising from the dead. But they are wrong, and so many unbelievers will not check out the facts.

I want you to think about this fact also. If the resurrection was a mere fable, or made up, why would imposters make women to be the first witnesses of the resurrection? After all, in Bible times and in Bible lands the witness of women was worthless. Fabricators who make up stories would never use women as witnesses. They would use men so they could impress people even more.

But the Lord has chosen these two women, Mary Magdalene and the other Mary as the first witnesses of Jesus’ resurrection. They had a great story to tell and they were running off to tell it to the disciples.
The evidence that we truly and fully believe in Jesus’ resurrection will be seen in our readiness to tell others that Jesus is alive.

Can you do that this Easter? Can you even go and tell one person of the resurrection story? Tell them what the angel said, “Fear not ye: for I know that ye seek Jesus, which was crucified. He is not here: for he is risen, as he said. Come, see the place where the Lord laid Him” (Matthew 28:5-6).
Our Easter story is the empty tomb, which tells the world that our Lord Jesus is alive. That is where we start and that is where we end. God raised up His Son to show the world that He is Lord, and that He has conquered death, defeated the grave and delivered His people from sin. Therefore, we know that because He lives, we shall live also. Sinners can trust in Jesus, who is the living Saviour who is able to also raise us up on that great day when He comes in glory.